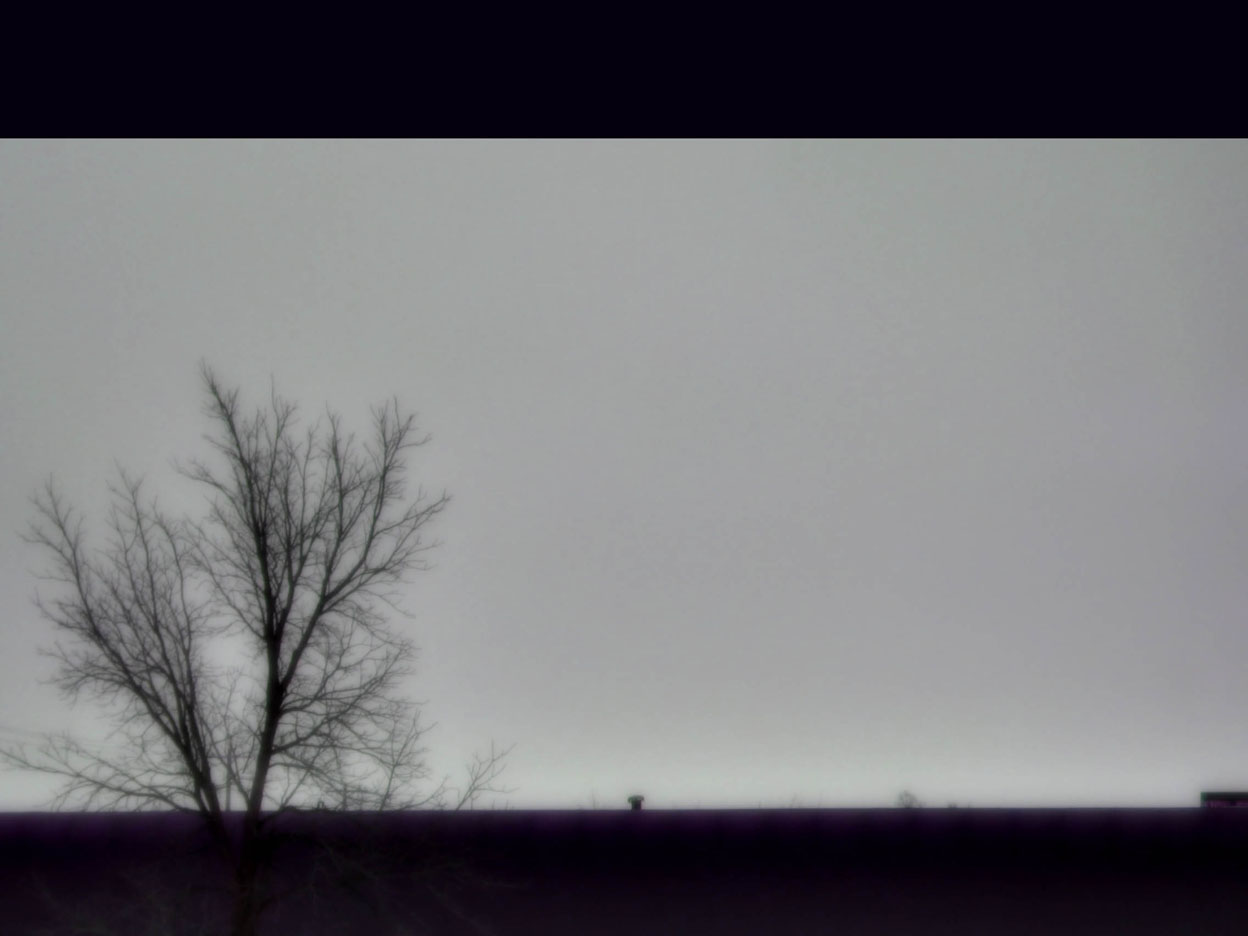 Revealing the somber underpinnings of his Loscil recordings, Scott Morgan has given us Stases - A collection of drones based upon the backgrounds of his work for Kranky Records, from 2001 to now.

As with his previous output, Stases follows theme and concept with further reference and meaning given through the title's definition: "..a condition of balance among various forces; motionlessness". Textured, aqueous, warm and pleasingly rich in (often bright) tonality giving us a deeper focus and alternate view into the corners of Morgan's music. Seemingly so surrounding, submersive, and natural - that it becomes easy to forget the complex overtones and flowing mixtures involved in the creation of them.

5 - still upon the ocean floor

Reviewer: real_music_lover - favoritefavoritefavoritefavoritefavorite - June 5, 2012
Subject: Disagree with below, amazing release. Great insight to a great artist.
I was dragged here because I saw 000's review on the section page awhile back and I am familiar with Loscil's work so I was surprised to see his name here (not that any of that matters in terms of appreciating this work).

I had to come back to counter the poor review left by 000_000. There is nothing, absolutely NOTHING abrasive or about this great work. If you are listening to drone expecting some kind of realm to absorb emotion or use trite verbiage such as soothing or relaxing to describe what you hear, then you should move on to something more vapid.

What we've got here are intricate drone works by Scott Morgan aka Loscil (Kranky records, etc), that were obviously crafted in great care and evolving detail. Many of the works are underpinnings of his Kranky releases.. that's to say, he started with these pieces first and then later evolved the drones with further natural progression where it seemed fit. As a fan, I find it outstanding that Scott made these available and since stumbling upon them (thanks to the shoddy opinion of someone else), I have listened to them 100s of times.

The only question that remains for me, this release aside, is what happend to One? Do they run another label now? Their quality of output was phenomenal. Netlabels really seemed to have something going on back then.

Reviewer: 000_000 - favoritefavorite - April 30, 2012
Subject: Worth what you paid for
I have never heard this artists commercial releases, I found that he had a free net release and decided to download and check it out for myself. Personally I don't think this should have been released. As a drone/ambient artist myself. I understand these are just the drones and textures he used to create whatever it was on his commercial albums. It doesn't go anywhere the drones like other people have said are not soothing, I listened with headphones on and it did actually make me feel nervous, and stressed out (not in the way for example some dark ambient does) this is clearly supposed to be soothing textures that are blow out, not mixed well either. I'm sure his commercial releases are good but this is not the release to listen to if you are a newcomer to this artist (as i am not im hesitate to check out his other work) or to ambient/drone music in general. I wanted this to be good, but its subpar.
Reviewer: mr.Slam - favoritefavoritefavoritefavoritefavorite - May 13, 2008
Subject: Beautiful!
As a serious drone and ambient listener, loscil's music was my first step to the next level of atmosperic sounds. Thanks for putting this on netlabel. First of all, the album is not perfect, but as a free album the are some tracks wich are in my personal favourites. I would like to suggest the TOP3 tracks imo:
1. B15-A
2. faint liquid
3. stratus
Reviewer: KOBUN - favoritefavorite - October 11, 2007
Subject: Irritating slightly
I am not sure what it is or how it can happen but the drones and ambience of this album are very irritating. It makes me feel like I am being rubbed inside my skin with a very fine grade of sandpaper in slow circles. It builds up pressure in my head.
This is Loscil's sound bank and he has clearly sampled all the best bits for his albums and the remains are left here, for free.
Reviewer: aaron m - favoritefavoritefavoritefavoritefavorite - April 4, 2006
Subject: Joshua David Mann, Brainwashed Magazine
Loscil, "Stases"


Embracing true digital designs, Loscil harnesses the internet-as-merchant age and offers a new album for free download called Stases. Though Scott Morgan has never eschewed album leitmotifs, he employs one here which is more nebulous than his previous explorations in the submarine, the geographic, and the thermodynamic.


The common thread of Stases is that most of these tracks have been the fundamental drones for his songs on previous albums for the Kranky label. The song titles still extol the basic dichotomy which Loscil enjoys contemplating: the sky versus the ocean. As you might expect, though, the product here is more restrained, more somber, and heavier. There are very few flourishes on top of these subatomic blueprints.


On previous albums, Loscil accompanied his deep drones with distant and ephemeral melodies, often heard as if they were incubating in another room insulated with bad sound-proofing which let the melodies bleed through the walls just enough to infect the drones. Not so here. Instead, we have states, or fixed positions, or beds. The image of beds is apt not only for the music which used to sit or lie on top of them, but for the obvious narcotic quality to the music. Songs float seamlessly into each other, often fluttering and oscillating at the same frequency so that drone X drifts into drone Y and quite possibly creates some Frankenstein hybrid of drone XY in the listener's ear.


The transition between "Biced" and "Still Upon the Ocean Floor" is sub-aural and indiscernible, for instance. "Resurgence" is all windswept landscape and it's hard to say whether we're talking ocean floor topography or good old-fashioned post-apocalyptic earthen wasteland. What is certain is that there is no hint of anything actually resurging from this song unless it's a stiff breeze and some radiated flora.


The trick with drone artists which I never understood (and still don't) is when to call it a day: when to end a sustained drone or to indulge in further floating. Is the cessation of these songs arbitrary or is there some formula? Loscil's songs are often captivating enough that I have no problem with the more indulgent types like "Micro Hydro," "Windless," and "Stratus," but I also appreciate the succinct beauty of a song like "B15-A," whose four and a half minutes seem almost allotted by the fates themselves.


The truest embodiment of Loscil's motif is "Windless," a song which remains static for nearly nine minutes and whose virtue is based on whether the listener shares the desire for such inertia. There is actually a subtle epiphany within the nine minutes, but patience is the only path to it and the song is not for those who demand love, death, rebirth, sin, beauty, and enlightenment to be contained only within a two-minute Ramones song. The shimmering echo and quiver from the nubilose "Stratus" is a perfect finale for the album. The song lifts us up from the ocean into the ether but doesn't let us forget the source of the clouds on which we are conveyed.
Reviewer: Acidhive - favoritefavorite - April 4, 2006
Subject: Not so good as everyone says
Beware of this release, since the sounds can grate the nerves instead of soothe them. This is supposed to be droning, so it's meant to be relaxing. Some of the tracks on this provide relaxation because of some smooth padsounds. However, that's only in a couple of the tracks. A lot of the other tracks (especially track 4) the sound that is used is too saturated, making it attack the speakers and reducing the calmth level to a minimum while increasing the stresslevel (this is because I hate oversaturated sounds). It makes me think the artist doesn't hear it himself anymore. Anyway, bottomline: A flawed album. If you're looking for relaxed drones, try Sundummy's releases on TZP Drone Company or Hakoneko's 'Umi no drone' release or countless other examples of how this music is done right. A damned shame, because this album could've been great.
Reviewer: isahhhhha - favoritefavoritefavoritefavorite - March 14, 2006
Subject: excellent drones
i am so in love with this music. very impressive ambient.
Reviewer: jm / i.standard - favoritefavoritefavoritefavoritefavorite - January 7, 2006
Subject: Deep and rising.
The last Loscil album I've heard was "Submers" back then in 2002, by then it reminded me of an underwater pendant to Pan American. So I assumed this one would be taking the same deep paths: sub bass and water sounds which gives one the feeling being ten feet deep and floating.
Though I've still got this feeling when hearing "Stases", I can't wait for the night to fall and the day to rise again, now that I've found a soundtrack for this moment. Scott Morgan isn't underwater anymore, he's in the sky. And he keeps on rising.